Zul’s record of success explains why he is widely recognized as one of Canada’s top litigation lawyers. Our clients trust Zul with their most complex commercial litigation matters. From institutions to individuals, our clients rely on Zul to understand their issues from a legal and business perspective and litigate to obtain the best possible results.

During his 28 years of practice in the insurance and commercial litigation fields, Zul has been involved in a number of complex litigation matters. A seasoned litigator, Zul has appeared before all levels of court in Alberta and the Federal Court of Canada on a wide array of civil litigation matters including general liability claims, commercial disputes, complex personal injury claims, fatality claims, fire losses, construction losses, interpretation of wrap-up liability policies and S.E.F. 44 insurance coverage claims.  During his career, he has successfully conducted jury and non-jury trials and has been recognized for his advocacy skills across Canada and the United States.

Zul has also developed a thriving practice in the areas of both oil and gas litigation, partnership issues and employment litigation. He has acted for law firms, accounting firms, energy brokers and corporate officers.  He has been counsel in over 100 mediations and Judicial Dispute Resolution conferences.

In 2022, Zul was welcomed into the fellowship of the Litigation Counsel of America,  a invitation-only, peer selected honorary society of 3,500 of the best trial lawyers in the legal industry and is based on excellence and accomplishment in litigation.  He has been voted as a leading lawyer in Best Lawyers in Canada annually since 2014 for his expertise in Corporate and Commercial Litigation and Insurance Law.  Moreover, Lexpert has ranked Zul as a leading litigation counsel for over 15 years. In 2012, Zul was appointed King’s Counsel by the Government of Alberta in recognition of his outstanding achievement, expertise and contributions to the legal profession in Alberta.

Zul balances his thriving litigation practice by being actively involved in his community.  In 2013, Zul was recognized and awarded the Leaders of Tomorrow award by Business in Calgary.  He is frequently called upon to present seminars for the Canadian Bar Association, Alberta Civil Trial Lawyers Association, Canadian Defence Lawyers Association and Calgary Bar Association, Civil Litigation Section.  He is a past instructor at the University of Calgary Management Program teaching “Claims Management: Evidence” for members of the insurance industry and currently acts as a mentor to many in the legal community including the Law Society of Alberta’s Mentor Connect program. He continues that role by coaching youth sports and when time allows, hitting the running paths and enjoying the swing of the golf club as often as possible with his four sons. 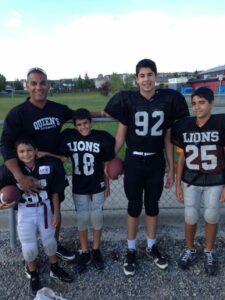