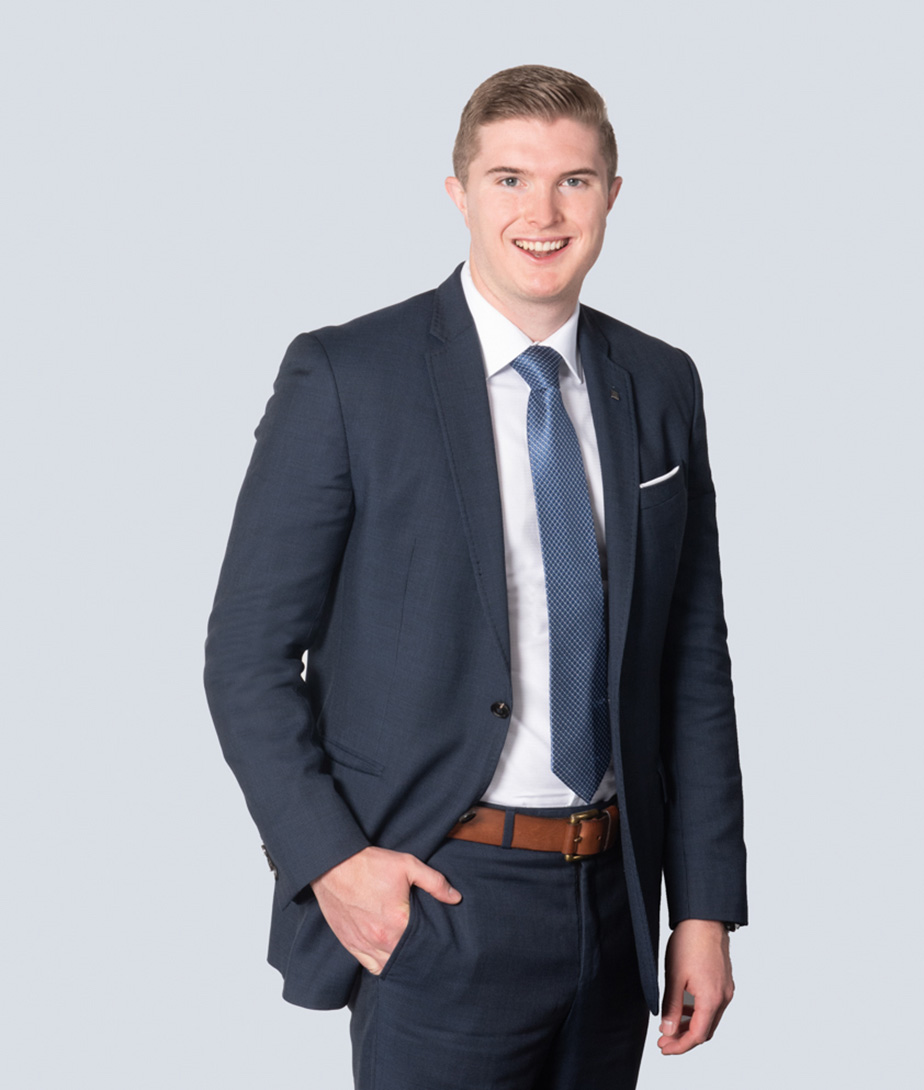 Thomas practices in our Litigation & Dispute Resolution Group and has appeared before the Provincial Court of Alberta and the Court of King’s Bench of Alberta.  Thomas assists clients in a variety of commercial litigation matters. Thomas joined the firm as a student in 2018 and was called to the Alberta Bar in 2019.  He earned his law degree at Thompson Rivers University in Kamloops, British Columbia. While attending law school Thomas worked with the British Columbia Ministry of Attorney General developing content for the Civil Resolution Tribunal. Thomas’ work focused on bringing innovation to the legal field while improving access to justice. Thomas spent the summers during law school working in Calgary with the in-house counsel at a large agricultural company. With many years of competitive hockey experience, Thomas also became President of the law school hockey team and stayed active as a member of the law school rugby team and various intramural sports.

Prior to attending law school, Thomas received his Bachelor of Arts with a major in Economics and minor in Business from the University of Victoria. During his undergrad, Thomas enjoyed a semester studying abroad at Bocconi University in Milan, Italy.

Outside of law, Thomas enjoys an active lifestyle of golf, skiing, biking, hockey and getting out to the mountains as much as possible.